Business Startup Rates Are Lowest Ever

The number of job seekers who elected to pursue entrepreneurial careers dropped significantly during the second half of 2011.

Thanks to a fragile economy and other variables, the percentage of unemployed managers and executives who started their own businesses suffered significant declines during the last six months of 2011. 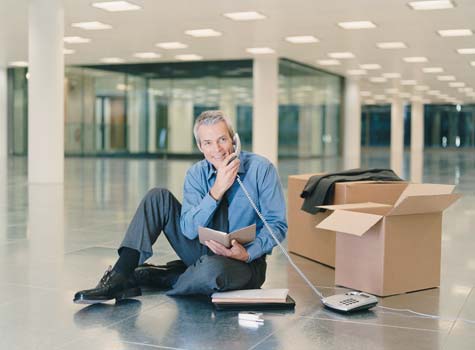 In a recently released study by the outplacement provider, Challenger, Gray & Christmas, an average of 3.2% of executive/managerial job seekers launched entrepreneurial ventures in the final two quarters of 2011, down from the 6% of unemployed managers and executives who chose to start a small business during the same period in 2010.

In Q4 2011, the startup rate fell to a record low of 2.7% -- substantially lower than historical data, including the 8% startup rate that was recorded during the 2001 dot.com debacle that scared many unemployed execs away from startups.

"While big business definitely began to reap the benefits of the recovery in 2011, conditions were not nearly as fruitful for existing small business, let alone those attempting to get up off the ground. Credit was still very difficult to come by and demand for products and services remained soft. Basically, it was not a very inviting environment for would-be entrepreneurs," said John A. Challenger, chief executive officer of Challenger, Gray & Christmas.

The study notes that in the current economy, startups are down across the board. The number of self-employed Americans in December 2011 is down approximately 1.4 million from the pre-recession peak recorded in December 2006.

On the upside, there are signs that startups may be poised to experience a rebound in 2012, especially if the economic recovery continues to gain steam and banks loosen their grip on credit.

"We are at a point in the recovery where employers are beginning to hire again, but the economy remains relatively fragile. In this environment, we tend to see a drop in start-up activity as job seekers are more comfortable with the relative stability of traditional employment as opposed to the uncertainty of entrepreneurship. As the economy continues to gain strength, start-up activity may begin to grow again, as conditions for such ventures become more inviting," says Challenger.

Our entrepreneurial news is packed with useful information for small business startups and entrepreneurs. Find helpful entrepreneur resources about the latest business news and financial news concerning the market and the economy.