This is a wrap on August 2022 VC transactions, although a bunch will still flow over into our early September VC deals coverage. TBH, it's tough to keep up with the volume of deals, given our limited staffing. 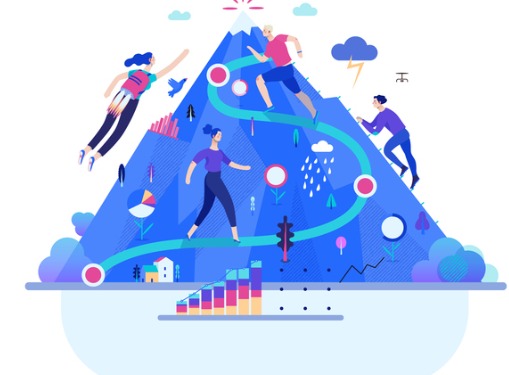 Closing out August, the recently-VC-funded companies below are active in a wide array of niche investment areas, including AI, security, energy, blockchain, fintech and healthcare.

Having seen so many friends and loved ones deal with the ugliness of cancer, it's nice to see three of these funded startups working on that massively important problem. Ditto for mental health, which is also a focus area for a couple of the startups on today's list.

Biopharmaceutical startup 3T Biosciences, based in San Francisco, received $40 million from a Series A investment, led by Westlake Village BioPartners with support from Lightspeed Venture Partners. The company is working on T-cell therapies, which involves prompting the body's immune system to attach cancer cells.

Seattle-based Alongside announced a $5.5 million seed equity round. Trilogy Equity Partners led the investment, with support from Madrona Venture Group and Pack Ventures. The company has developed an adolescent mental health app, designed by licensed mental health counselors and psychologists.

Healthcare and AI startup Avenda Health announced a $10 million Series B round. VCapital led the round, with support from Plug and Play Ventures and Wealthing VC Club. Based in Culver City, California, the company is focused on prostate cancer care and has built a platform that uses deep learning to map a patient's cancer in 3D so physicians have precise information and the confidence to make needed care decisions.

Bookkeeper360, based in Woodbury, New York, secured $3.5 million in seed funding from strategic partners, customers and previous investors. The company offers an accounting solution for startups and established businesses, with functionality that covers accounting, advisory, payroll and tax compliance.

Blockchain startup Distributed Finance secured a $2.5 million seed venture capital round. Borderless Capital took the lead on making the investment. Other investors included Algorand Foundation, Big Brain Holdings and FunFair Ventures. Based in London, the company is a market-leading DAO and NFT player on Algorand, a proof-of-stake blockchain cryptocurrency protocol.

Biopharmaceutical startup eTheRNA closed a $38.7 million Series B funding round. Novalis LifeSciences took the lead on making the investment. Additional backers included EQT Life Sciences, Fund+, Grand Pharmaceutical, Omega Funds and individual investors. The biopharmaceutical venture is based in Belgium and is working on next generation mRNA therapeutics.

Agtech startup Harvesting Farmer Network, an initiative focused on providing market linkages to 120 million small-acreage farmers in India, secured $4 million in investment from Social Capital. The company is based in Chandigarh India.

Hello Clever, based in Australia, received $4.5 million from a seed round led by Vectr Ventures. Yolo Investments also invested. The company offers a buy-to-earn ecosystem connecting individuals and businesses.

Insuretech startup Latu Seguros closed a $6.7 million seed funding round. CRV and Monashees Capital took the lead on making the investment. Other investors included Latitude Ventures, ONEVC and SV Angel. The insurance technology venture is based in Sao Paulo, Brazil.

SK Group participated in a $300 million funding round for Lunar Energy. The alternative energy company is based in Whitechapel in England and was founded to simplify the transition to clean, all-electric power.

Ordaos, based in New York City, landed a $5 million seed round, led by Middleland Capital. Citta Capital, IAG Capital Partners and Route 66 Ventures also joined the round. The company provides mini-proteins that are useful to drug discovery companies.

Berlin-based promiseQ, which provides AI-powered technology that reduces false alarms in security systems, announced that it received seed funding from APX and angel investors. The investment amount was not disclosed. Funds will be used to accelerate growth and expand operations.

Our reporters cover everything related to entrepreneurship. Our perspective is all about giving you news you can use to be a successful entrepreneur.